This site will feature Bible-based articles some days, silly posts and quotes at least twice a week and facts about Jack the Ripper-to begin with.

What Music Would You Recommend The Walton’s

It’s Friday and sometimes I follow Lisa Jo for 5 minute friday but I’m getting nothing from the prompt. That doesn’t mean you can’t do it yourself, if you want.
Anyway, I did a post recently on what movies you would recommend the Walton family if you could. Now, I want to know what music you would recommend to them if you could say, “You know, there’s been a lot of great music that’s come out since your time”.
For fun, I might want to put on Megadeath and say, “This is the softest, sweetest music we have. Isn’t it great?” just to watch their faces. That would be awesome!
I may want to ease them in, playing things like Patsy Cline, and The Andrew Sisters. Elvis would have to be in there somewhere, The Beatles, and Little Richard, Nat King Cole, and Frank Sinatra. Maybe, I’d let let listen to one or two songs of The Doors, The Beach Boys, Queen, David Bowie, Jimi Hendrix, The Eagles, The Carpenter’s. It’s amazing to think how music has changed since then, but stayed the same. Oh yeah, they’d probably get a kick out of The Village People.
Then, I’d hit them with the eighties-Michael Jackson, Madonna (not the videos),Genesis, Huey Lewis And The News, Barbara Mandrell, Loretta Lynn, Def Leppard, Sheena Easton, Prince, Journey-and some stuff from the seventies from them. The nineties would be: Diamond Rio, Leigh Ann Rhymes, Trisha Yearwood, Deana Carter, Garth Brooks ( I wasn’t a big fan of him, but I’m trying to be fair), Celine Dion (I got so sick of her). Wow, I’ve gone blank for the nineties-then again, I had small kids and was very preoccupied. More recent music I would include are: Lady Gaga (I would have to show them a picture of her, to see their reaction), The All American Rejects, Martina McBride (I just remembered she got her start in the nineties, too), Creed, Evanescence, Kelly Clarkson, Bruno Mars, I’m starting to go blank.
Who would you recommend? I really want to know. I want to see your feedback. I left some artists out on purpose. Who should the Walton’s hear?

What Movies Would You Recommend To The Waltons

Over the past few weeks, I have been sick with a Bronchitis yucky thing. I am finally getting over it but in that time, I have had opportunities to sit in bed and watch tv. I found “The Waltons” and watched several episodes of that.
Did you ever watch it when you were a kid? That huge family happily living on the edge of poverty during The Depression and the beginning of WWII.
I started thinking about all the inventions, music, movies, books and tv shows that have come out since their time and wondered if we could bring them to our time, what movies would I show them, or what music but I can save that for another post. One thought was “The Lion King”, as we went to see it in 3D at the theater. What would they think of a movie in 3D and would they be singing along with “Hakuna Matata”?
My other thought was, “Oh, they’ve gotta see “Star Wars”!”. Jim Bob would love the flying vehicles, John Boy would love the fight between good and evil-and family.
What about you? If you could say to the Waltons, “Some great movies have come out since your time,” what would you recommend to them?
Would it be “Star Wars” or something like “The Godfather”? Or would you send them to see “Harry Potter” or “The Lord Of The Rings”? Or would you have them sit down to a good, old-fashioned “Bugs Bunny” episode or “Scooby Doo”? Or would you have them watch “The Twilight Zone” episode with William Shatner?
Send me your thoughts: I wanna know. 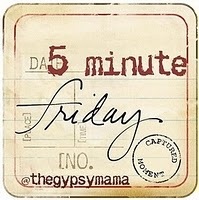 Join me every Friday